Considerations For Those Thinking Of Installing A Solar Energy System

The prevalence of solar energy use in the United States is increasing, with the U.S. currently standing as the country that is the fourth largest producer of solar energy in the world, following Germany, Spain and Japan. This is partly due to a decrease in the cost of solar panels of at least 80 percent since 2008. Joining this trend could help you save money on your energy bill.

The potential savings available through using solar energy varies based on a number of factors, including how many solar panels are installed, how many hours per day of sun the panels get and how much energy the household uses overall. It also depends on whether any extra energy is saved for later use through a battery or sent into the grid to (hopefully) be compensated for later when you need energy from the grid. The exact way people are compensated for extra energy they send to the electric grid varies by location and depends on the agreement the homeowner has with the utility company. The meter should keep track of how much energy goes each way, and the best deals can sometimes leave the utility company owing the homeowner money at the end of the month. As of 2011, the national average savings for those with solar grids was more than $20,000 for a 20-year period.

There are a couple different options available for those looking to hook their home up to solar energy. These include a system of panels on the roof or one that is on poles on the ground. Having the panels on the roof means they're out of reach of most people or creatures that might otherwise damage them, but it also means they're set in place and can't be aimed to best take advantage of the sun, as some of the panels on poles set into the ground can do.

Buying a solar panel system costs more up front, but is also likely to lead to greater cost savings. However, this means that you'll be responsible for maintenance as well. When leasing a system, you're using a more renewable energy source, but won't likely get large savings in overall energy costs. You won't have to worry about maintenance for the system, but you also aren't able to take advantage of any tax credits. Typical energy savings range from 10 to 30 percent for leased systems and 40 to 70 percent for purchased systems.

On the Grid or Off the Grid

Finally, it's important to decide whether to keep the system connected to the grid or try to live off the grid. When the solar panel system isn't connected to the grid, it's necessary to have a battery to store extra energy for times when power isn't being produced, such as the nighttime, or to have another energy source, like a generator, to use during those times. Having the system connected to the grid means that you can purchase energy from the utility company when necessary, but when the power goes out, so will your solar energy system. Having a backup generator can solve this problem, however. 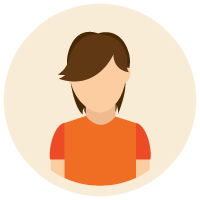 After struggling with astronomical power bills month after month, I was absolutely dumbfounded regarding how we were going to pay what we owed. I was really tired of dealing with the losses, and I knew that I had to do something to make things better. I started working on improving our family's energy efficiency, and I started by implementing a few rules. I went through and told my family to stop leaving the lights on, and it really made a big difference. Within about three power bill cycles, our usage had dropped significantly, and it was great to have so much extra cash. This blog is all about improving your energy efficiency.

Not Sure How to Care for Your New Septic System? 3 Things You Should Avoid - 17 October 2016